For a fiction writer, one’s childhood grows plotted, thematic, and comes to reek of manipulated matter. The childhood recollection can be anything but honest, anything but benign.

I frame my own in Gothic. There were monsters. No, not under the bed, but along the deserted streets of a lonely, countryish California suburb. Before cement sidewalks and Astroturf lawns. Darting, rumbling Camaros and Chevy’s, the “muscle cars” of the disaffected teens of the late 1970’s. Like unchained pit bulls out to taste blood, they prowled the streets of my hometown. They were filled with frustrated and stoned longhaired teenagers. These “big kids” occupied the peg in the ladder immediately above my own in the hierarchy of horror created by an ordered, capitalist society. They wedged us “little kids” down, threatened and humiliated us to revenge their abusive, square, Vietnam-defending fathers, the aimless, ever-present existential threat that the local police were to them, to make up for the insult of the old women who left their porches, slamming the front door behind them, when these scraggly bell-bottomed dispossessed children of the age walked the streets of their own neighborhoods.

It was a kind of civil war between young and old. My generation was orphaned by it, squeezed uncomfortably between the great generation and the baby boomers.

This is the writer’s dilemma, how to squeeze meaning out of an indifferent cosmos. How to write of survival on a threatening planet of predators, in an eco-system that demands we gobble mouthfuls of other living creatures in order to survive, and, more importantly—in our great privilege and power—how we manage to thwart our own self-destructive urges.

The only meaning I have discovered remains the loud proclamation of the meaninglessness of both event and reflection. They are important motors of language and narrative specifically because they are meaningless rather than significant. The endless happening of nothing fascinates the observant author.

I often dreamt, as a child, of a hairy-armed ogre who used to crush me to death, night after night, after a long chase through a dark wood. Knowing that my childhood was a practically never-ending walk—through the foothills of Mount Diablo, along the unpaved suburban lanes, through the walnut groves, unfenced back yards, and along the Walnut Creek—to avoid my drugged-out mother’s smothering embrace is banal. It’s what I found in my endless walking that’s important: billions of indifferent scenes about which I might, someday, write. 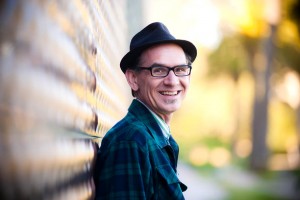 Short bio: Lee Foust is a fiction writer and performer from Oakland, California who has lived in Florence, Italy since the mid-1990s. He teaches literature and creative writing for US universities and is the father of one. He has authored two books: Sojourner, short fiction and poems about the mystery of place, and Poison and Antidote, nine Bohemian tales of San Francisco during the Reagan era. Foust’s fiction, poetry, and essays have appeared in journals, magazines, and newspapers in Europe, Australia, Canada, and the U.S.A.

I’m a writer based in Florence, Italy.

Human nature inspires me, different cultures, traditions, folk stories and the differences which make us unique. Documenting stories is a privilege, a glimpse into humanity, an unforgettable experience, one which I embrace and honour every day.

If you have a story twitching in the back of your pocket, one that is ready to be told, shared and heard, chances are I will be ready to listen; so don’t hesitate to send me an email.